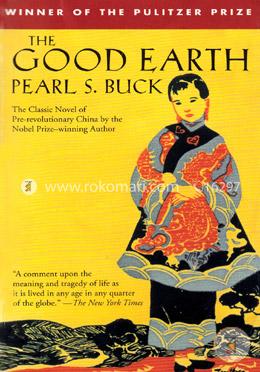 "The Good Earth (Pulitzer Prize 1932)" Set in a pre-World War I age, the novel tells the story of Wang Lung, a Chinese peasant. Beginning with his wedding to O-Lan, a slave of the House of Hwang, the story follows Wang Lung as he makes and breaks his fortunes. Devastated by abject poverty, Wang Lung moves with his family to the city where they survive off charity. The novel dwells on the lives of Chinese peasants and shows them in a light that western literature had not dared to before. The difficulties that Wang Lung and his family go through, involving heartbreaking scenes where his wife is forced to choose between raising her children in poverty or in ending their life the moment they are born showcase the hardship that plagued pre-World War I China. This novel was adapted into an Oscar winning hit movie in 1937 and was largely a factor in helping the relations between the West and China before the battle with Japan.

About Pearl S. Buck
Pearl S. Buck was an American writer and novelist. The House of Earth series continues in Sons and A House Divided. She is also known for: Letter from Peking, Imperial Woman, Satan Never Sleeps, Dragon Seed and China Sky.

The current title won the 1932 Pulitzer Prize and the 1938 Nobel Prize for Literature for its depictions of peasant life in China and for her biographical masterpieces.

Pearl Sydenstricker Buck (June 26, 1892 – March 6, 1973; also known by her Chinese name Sai Zhenzhu) was an American writer and novelist. As the daughter of missionaries, Buck spent most of her life before 1934 in Zhenjiang, China. Her novel The Good Earth was the best-selling fiction book in the United States in 1931 and 1932 and won the Pulitzer Prize in 1932. In 1938, she was awarded the Nobel Prize in Literature "for her rich and truly epic descriptions of peasant life in China and for her biographical masterpieces". She was the first American woman to win the Nobel Prize for Literature. After returning to the United States in 1935, she continued writing prolifically, became a prominent advocate of the rights of women and minority groups, and wrote widely on Asian cultures, becoming particularly well known for her efforts on behalf of Asian and mixed-race adoption. 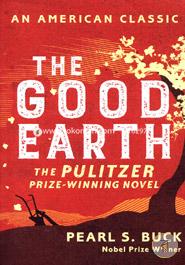 The Good Earth An American Classic