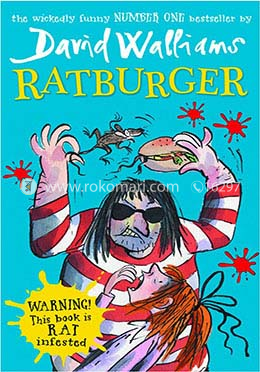 Hot on the heels of bestselling Gangsta Granny comes another hilarious, action-packed and touching novel - the story of a little girl called Zoe. Things are not looking good for Zoe. Her stepmother Sheila is so lazy she gets Zoe to pick her nose for her. The school bully Tina Trotts makes her life a misery - mainly by flobbing on her head. And now the evil Burt from Burt-s Burgers is after her pet rat! And guess what he wants to do with it? The clue is in the title...
From the author that is being called 'a new Roald Dahl-, Ratburger is not to be missed!

About the Author
David Walliams is an actor and writer best known for his work with Matt Lucas in the multi-award-winning sketch show Little Britain. His debut children-s novel, The Boy in the Dress, was published in 2008 to unanimous critical acclaim. Since then, his second book, Mr Stink, has gone on to receive similar plaudits, while growing an already devoted fanbase. The Boy in the Dress was shortlisted for the Roald Dahl Funny Prize, and Mr Stink was one of Amanda Craig-s Children-s Books of the Year in the Times.