Khuda Buksh: The Pioneer of Life Insurance in Bangladesh (Hardcover) 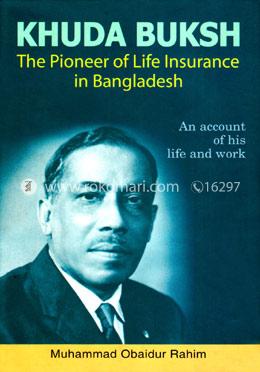 Khuda Buksh: The Pioneer of Life Insurance in Bangladesh (Hardcover)

“Khuda Buksh: The Pioneer of Life Insurance in Bangladesh” brings to life a forgotten era in Bangladesh and Pakistan's history, in narrating the story of one man and his team who laid the foundation for the life insurance industry in Bangladesh and Pakistan. Between 1930 and 1970, Khuda Buksh worked tirelessly to establish the insurance business in the South Asia region, amid enormous political upheaval and overcoming engrained religious and cultural prejudices against life insurance. Khuda Buksh brought the practice of sales strategies developed in India back to his homeland, East Bengal, where he became a manager of Eastern Federal Union Insurance Company Limited (EFU). He used inventive techniques to recruit and motivate his sales force and to challenge the public's negative perception of life insurance. He earned a reputation as the country's "most magnetic and dynamic sales executive" and "the wizard of life insurance". No other insurance company in the South Asian region had done as well for over two decades in the mid-twentieth century as EFU. Yet most people know very little about EFU- the company disappeared from Bangladesh after the break-up of Pakistan, and its enormous growth in Pakistan abruptly stopped with the nationalisation of insurance.