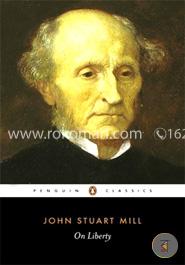 'On Liberty' Summary of the book
This is a book of modern philosophy. In this sense, modern means the 19th century. The main topic is human liberty. Being quite pragmatic, the author is intent upon civil liberty. As such, this is a socio-political work, the very arena where matters of law and of philosophy come together.
The author is John Stuart Mill, although he cites Harriot Taylor as having made extremely significant contributions to the text. He says that to refer to her as co-author as well as a kind of private editor would be close to the truth if not more true than to exclude from being so indicated. In current language it might be put this way: John Stuart Mill with Harriot Taylor, or John Stuart Mill and Harriot Taylor. The times and the cultural transformations that were influencing the authors when they wrote this piece were in some great part their very inspiration for it. As testament to the author's wishes, at times both will be referred to as co-authors or as author and assistant whereas at other times the old fashioned convention of defining John Stuart Mill as the author will be used.
He, or they, has written the book in such a way that anyone literate with a decent mind can read it. Given that so many have perhaps been accused of having been intentionally obscure, great numbers who might be put off by the fanciest of language will be relieved to find this work couched in quite straightforward language. The author and his helper cover a variety of aspects of how individuality and human liberty function within the nation.
The author begins the book by introducing readers to the over all situation with respect to the topic. He then proceeds in good order through five chapters to explore the sociology of the individual's freedom of thought and discussion. Individuality and the mechanisms of society are examined in tandem. The final chapter draws conclusions and sets out points based upon this improved understanding of the relationship between the authority of the state and the nation and the individual. When the book ends people should have a clear sense of how their own life is free from—and in other respects, legitimately controlled by—the authority of the government.
John Stuart Mill and Harriot Taylor cover a variety of main components of legally related matters of liberty. The entire discourse is directed toward the England in which they lived. As such, it may provide a biased view for non-English readers. The limitations and extents of social behavior from the individual perspective are surveyed. He covers some issues with special regard for what makes intervention in the lives of others genuinely beneficial, and when is the reality a legal justification to invade and excessively limit the liberty of another individual. How this relates to criminality is also discussed. The reason for this is quite obvious: to foster rife crime or anything that goes against the common good is to err on the side of inaction. However, when laws are bent so that certain members of the society can tyrannize others then the lawmakers have in fact gone too far and have turned against the common good of their fellow citizens and other members of the society.
The book includes and then concludes with a few recommendations for a part of the British government concerned with domestic policies. The work over all is timely and relevant to the people of England. Despite its limitations for present day readers, especially for those who are not British, it provides a good look at how philosophy can be turned into something practical, which has long been known to be a matter of some concern. It is a mixture of the following ingredients: current politics, political theory, philosophy, the liberal movement in England, "social progressivism", Jeremy Bentham's movement towards social reform and improvement for England, ethical/moral philosophy, applied philosophy. (bookrags.com)