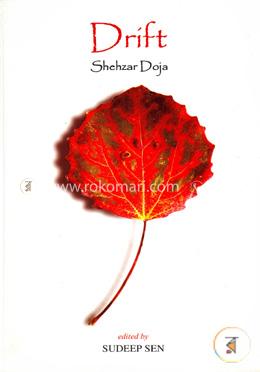 "The beauty in Shehzar Doja’s poetry lies not only in the imagery and the language itself but in the feeling it creates within the reader, a feeling which many a times lingers well after the reading itself.

In most of his poems Shehzar Doja gives his reader more than a ray of hope that gleans brightly in the heart of the abyss that has come to characterise life. This hope, however, does not stem out of a naive outlook at life; it is not a false perception; not an illusory device to soften the anxiety one faces. Rather, it is a probable reaction of someone who has just realised that he is “significant enough to be born”. Doja’s poetry makes frequent references to childhood and memories but it is not mere nostalgia: it is a thought prospect of a determined pilgrim, a resolute migrant who opts to be guided not by the gloomy blind man in the dark, but by some mysterious energy which compels him to keep drifting ... towards an end. This little thing does not do justice to the poems.”

“Shehzar Doja is a master of the understated. His simple evocative language transcends boundaries and transports us to the liminal spaces. It is in these spaces that the alchemy of his words takes root… Indeed, Shehzar has the ability to peel back “layer after layer” to give us a close up look at the mundane, the everyday life, moments that he captures with eloquence, none more so than in the poem, Compos Mentis; “I, smell ...flowers /pretty,/ weary, /tiring,/ exhilarating /footsteps and smell”.

There is something delicate and breakable in his poems, an undercurrent of loss and sadness that anchor his poem to our psyche, this is expressed so well in the poem, Colour Blind; “Mustard was the colour of the day./A random, A purely coincidental choice/ I am assured. /The dotted outline, where we with childlike innocence are taught, /to colour the gaps in with the palette of our imagination. /As long as we choose/” ...”