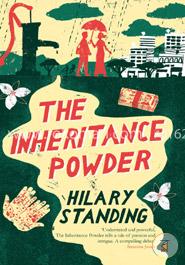 This novel is a work of fiction based on a real situation. A well-intentioned development programme, executed over many years, to provide clean drinking water to rural people in Bangladesh produced what has been described as the worst mass chemical poisoning in human history. The novel is set in 2003 but the slow poisoning by arsenic of millions of people in the affected areas continues to this day. A comprehensive, long term solution remains elusive.

Bangladesh is not alone in having this problem. Naturally occurring arsenic is a common contaminant of groundwater across the world, particularly in deltaic regions, but Bangladesh remains by far the worst affected country. One of the most detailed accounts of this catastrophe can be found in Venomous Earth: How arsenic caused the world’s worst mass poisoning (Macmillan 2005) by Andrew Meharg, then Professor of Biogeochemistry at Aberdeen University and a world expert on arsenic contamination. In the writing of this novel, I have drawn on this and many other international and local sources on arsenic contamination. I have also drawn on the legal judgement in the House of Lords in 2006 relating to a court case taken out by a group of Bangladeshi citizens. The case alleged that a UK agency involved in the geological assessment of aquifers for Bangladesh’s tubewell digging programme was negligent for not testing for arsenic in the groundwater.

These facts provided inspiration, but the story is entirely fictional. All characters, organisations and events are imaginary, including all named agencies and Government departments. The town and district of Shimulganj are also my inventions. The city of Dhaka is real, as are major landmarks such as the Liberation War Museum, but readers who know the city intimately may spot one or two small liberties with its geography. Beyond this, any resemblance to existing or former organisations and to individuals, alive or dead, is purely coincidental.