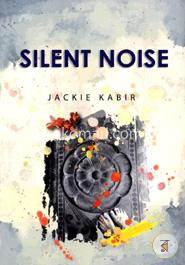 “Silent Noise" Some information about the book:
Four Muslims taking shelter in a Hindu temple during a storm, a man fantasizing about a moon girl, a Hindu man and a Muslim woman having a one-night affair at a conference, a middle-aged woman reminiscing about her ex-husband, a toothbrush witnessing a woman being murdered by her husband, a lesbian roommate persuading a young woman to see things from her perspective, a woman narrating the story of Khona to her daughter-in-law–these and other stories fill this debut collection. Jackie Kabir is a refreshingly new voice in English language writing from Bangladesh. Though a number of her stories have been anthologized in journals, newspapers supplements, online magazines, Silent Noise published by Pathak Shamabesh for the first time puts together fifteen of her short stories in one collection. Mainly woman-centred and about contemporary urban society, the stories depict some of the problems women face in a patriarchal society but also touch on fantasy and legend. These thought-provoking stories provide a vivid glimpse into a rapidly changing society, where old values clash with modern mores.

Jackie Kabir, an English-language teacher, is also a writer and a translator. She has contributed as a translator in Contemporary Short Stories from Bangladesh by UPL and Fugitive Colours: A Collection of Short Stories by Selina Hossain published by writers.ink. A translation of her short story A Flash of Lightning had appeared in an anthology Ganthagolpo published by writers.ink. Her short stories appeared in Ninth Edge published by Songbed and Sticks and Stones published by MLA Printers. Atlantic Publishers of New Delhi has anthologised her research papers titled, Aspects of Globalization in Inheritance of Loss, Deconstruction in White Tiger, and A Comparative Study of A Golden Age and Kartography in the compendiums: Indian Booker Prize Winners, Critical Responses to Kiren Desai and Modern Literary Theory: New Perspectives, respectively. As a translator, Jackie also contributed in Annihilation and Other Stories by Anwara Syed Haq; The Dawn of the Waning Moon by Jharna Rahman; Lilies, Lanterns and Lullabies by Papree Rahman and Spiders and Other Stories by Saleha Chowdhury that have been published by writers.ink; and A Temporary Sojourn and Other Stories by Nasreen Jahan published by UPL. She has also contributed in Kazi Nazrul Islam’s Badhon Hara translated as Unfettered by Nymphea Publication. Jackie had co-edited a book titled Lekhoker Kotha published by writers.ink. She has also translated a well-known fiction by Selina Hossain River of My Blood which was published by Rupa. Born in Sylhet, Jackie lives in Dhaka, Bangladesh.