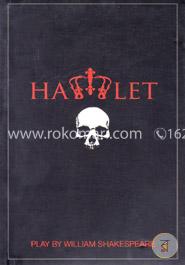 'Hamlet' Summary of the book
The Prince of Denmark, Hamlet is in Germany in pursuit of education. Suddenly he is called to Denmark to attain the funeral of his father. When he comes home, he is shocked to see his mother Gertrude already to his uncle, Claudius and he himself has declared the king. Claudius has neglected the fact that the rightful heir to the throne is Prince Hamlet. After observing the situation, Hamlet smells a rat and doubts his uncle.
One night, the ghost of his father visits Prince Hamlet and tells him that he was murdered by his uncle Claudius when he was in sleep. He further says that he was poured poison in his ears while in deep sleep. The ghost entrusts Hamlet with a work of revenge the murderer Claudius and leave Gertrude in the hand of Heaven.
Hamlet plans to put on the fake mask of madness in the castle so as to observe the interaction and get to the truth. But he discovers himself in the great confusion and bewilderment. As he is a philosophical Prince, he keeps on thinking and raises the existence of the ghost and its truth. His behavior is changed because of his confusion and becomes moody. He thinks of staging a play putting the same murder scene that the ghost has described to him. He adds the scene of the murder, calling it The Mousetrap, in the middle of the play The Murder of Gonzago. He had expected that if the ghost is right, then it scene would work on the king and he would certainly show some odd behavior. As expected, the king could not breathe and wants the light, so he leaves the room. Now, Hamlet is fully convinced that he is the real killer of his father. He vows to kill him, but the problem with him is that he is too conscious and thinks a lot. His thought and philosophy immobilize him.
His passive and reluctant act of taking revenge takes the lives of six innocent people. When Hamlet and the queen are in the private chamber, Polonius spies on them. Hamlet discovers this fact and stabs him. Hamlet is punished for killing Polonius and he is sent to England. There he is spied by his school friends Rosencrantz and Guildenstern. When he knows about this, he arranges the hanging of these two friends instead. When Ophelia, whom Hamlet loves, comes to know that Hamlet has killed her father Polonius, she becomes mad and dies singing sad songs. Laertes, her brother comes from France, witnesses the death of his father and sister, gets angry on Hamlet and both fight. Laertes has a poisoned sword with which he cuts Hamlet and Hamlet too gets the same poisoned sword and kills Laertes. Meanwhile, Hamlets gets the message that his mother dies eating the toast form the poisoned bowl that is intended for Hamlet by Claudius. Before Laertes dies, he tells that Claudius is responsible for the death of Queen Gertrude as the poison is kept in the cup by Claudius. In anger, HhhHamlet stabs the poisoned sword and pours the last poisoned drink from the cup on his throat. Hamlet is at the last moment of his life as he is also cut by the poisoned sword. Before e his death, he declares that the throne must be given to the Prince Fortinbras of Norway. At the end of the play, the new appointed king of Denmark orders a royal funeral for the slain Prince Hamlet.