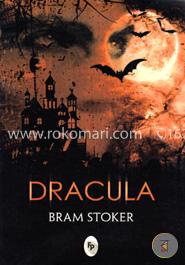 'Dracula' Summary of the book
BACKGROUND
Before Buffy kicked butt, Dracula ruled. This is a Victorian gothic novel written in the form of journals and letters. It deals with a Count from Transylvania who goes to London to find new victims in his quest for blood and eternal life and the group of Victorians who fight him and try to destroy him and evil in the process.
Summary:
Jonathan Harker goes to Transylvania to help Count Dracula buy an estate in England. While he is at the castle a lot of strange things happen.
His fiancée Mina and her friend Lucy exchange letters back home. Lucy starts acting weird and her friend Doctor Seward examines her. He can’t figure out what’s wrong and brings in his friend, a famous doctor, Van Helsing. Van Helsing eventually believes that Lucy has been bitten by a vampire.
All the men in the book give Lucy their blood, but nothing works and eventually, after a lot of creepy behavior, she dies. They find out that she’s undead, a vampire. They have to kill her by driving a stake through her heart. She is finally able to rest in peace. They realize that Dracula is behind all this and hunt him down. Mina falls under his spell and they hypnotize her so that they can track him down. This works and they finally catch up to him while he tries to go back to the castle. They kill him there and he turns to dust. (schoolbytes.com)

Powers of Darkness: The Lost Version of Dracula