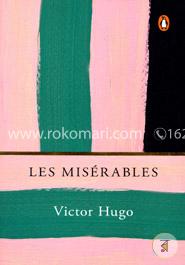 'Les Miserables' Summary of the book
The books opens by describing the life of a really upstanding dude named Bishop Myriel. (Well, his name is Myriel; his title is Bishop.) One day, an ex convict wanders into the bishop's village and can't find any food or lodging because everyone turns him away. The bishop gives him a place to stay and even forgives him when he (the convict) robs the bishop of his nicest cutlery. If that weren't enough, the bishop lets the convict a.k.a. Jean Valjean keep the silver if he promises to live a morally good life from now on.
Cue life-altering transformation. Jean Valjean becomes a rich factory owner and town leader, but he doesn't forget where he came from. He uses more than half his money to help the poor and can't stop doing good deeds, like promising a downtrodden prostitute named Fantine that he'll take care of her daughter after she dies.
There's a problem, though: he's technically in breach of his parole because he's changed his name and taken on a new identity. After a really committed policeman named Inspector Javert tracks him down, Valjean ends up in prison again until he escapes from prison by faking his death.
Once out, he tracks down and adopts Fantine's daughter Cosette, who's been living with some really nasty folks named Thénardier. Valjean moves with her to Paris and raises her in a convent to avoid Inspector Javert (who knows he is still alive). Years go by, and Jean and Cosette move out of the convent. But things get complicated when Cosette falls in love with a young man named Marius. Scared of bringing attention to himself, Valjean decides to take Cosette and move to England, where they'll be safe from the French authorities… and Cosette's new admirer.
When Marius finds out Cosette is leaving, he decides he has nothing to live for and joins a revolt that's taking place in Paris. Valjean's conscience twinges, and he goes to save him from the spectacularly doomed revolt. He also manages to save Inspector Javert from being killed by rebels, because he's just that kind of guy. Javert is so confused by this act of kindness that he jumps off a bridge and kills himself. (Ex-convicts can never have hearts of gold in Javert's universe.)
Marius and Cosette eventually get married, and Valjean decides that this is the time to reveal his criminal past to Marius, who then decides that he wants Valjean to keep away from Cosette in the future. Gee, thanks. Once Marius finds out that Valjean saved his life, though, he wants the man back in Cosette's life. Gee, thanks again. But it's too late. Valjean has already wasted away from his hurt feels. He dies with Cosette and Marius standing over his bed and telling him they love him. It's all pretty bittersweet, especially when it's set to music. (shmoop.com)