Letters Froms a Father To His Daughter (Hardcover) 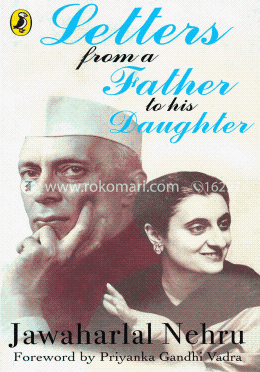 Letters Froms a Father To His Daughter (Hardcover)

'Letters Froms a Father To His Daughter' short Summary of the book
Letters from a Father to His Daughter is a collection of 30 letters written by Jawaharlal Nehru in 1928 to his daughter Indira Gandhi when she was 10 years old. The letters were education pieces on the subjects of natural and human history. At the time of the letter's writing, Nehru was in Allahabad, while Indira was in Mussoorie. While original letters written by Nehru were in English, they were translated into Hindi by the Hindi novelist Munshi Premchand under the name Pita Ke Patra Putri Ke Naam. Currently the intellectual rights of the book remain with Priyanka Gandhi.