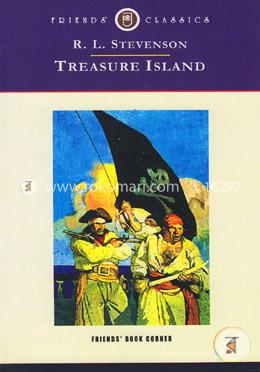 "Treasure Island" It is written on the last page of the bookAn all-time favorite with the children of all ages, Treasure Island is an adventure novel by Robert Louis Stevenson, narrating a tale of "pirates and buried gold”. Following the sudden death of a mysterious sailor at the Admiral Benbow inn, Jim Hawkins, the hero of the novel, comes across a treasure map among the dead man's possessions and that map sets Hawkins on to an extraordinary voyage.