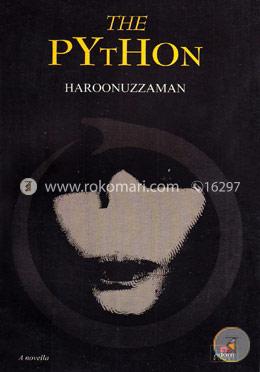 Nothing is beyond politics­- overtly or covertly. Family is the microcosm of a political entity where the powerful/powerless, or the ruler/ruled relationships are discreetly downplayed. Inconspicuous though, it, however, is widely prevalent in families, giving rise not only to love and hate but also hit and win relationships. If observed closely, it can be figured out. The Python, a novella, unveils this subtle politics in human relationship through the ‘hate and hit’ game of Shojib, the powerless and Bhabi, the powerful. Finally, Shojib, the resistance force, gives in to the design of Bhabi, the commanding authority, and as a consequence, Rehana falls an innocent victim to the power struggle.

Haroonuzzaman, a translator, novelist, poet and researcher, was born in Dhaka on January 13, 1951. He has been into teaching at home and abroad for about 27 years. For the past 12 years, he has been teaching English at Independent University, Bangladesh (IUB). Besides, he was a feature writer for Depthnews, Manila and had been into English language journalism at The Independent and UNB and into broadcast journalism in Radio Pakistan, Dacca and Bangladesh Betar, Dhaka for about six years. He was the only Asian English news broadcaster under Qatar Broadcasting Service in 1992.
His notable publications include: Lalon লালন, Radharomon রাধারমন, Hason Raja nvQb ivRv, The Treasure-trove of Children Stories (translations), The Distant Shore, Inseparable, Juddoh.