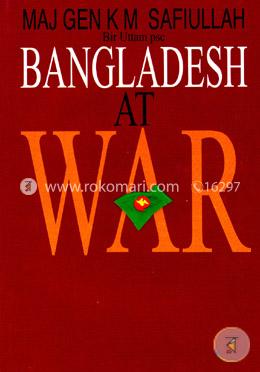 Category: Translated Books of Liberation War & From the Foreigners Experience

Bangladesh’s war of liberation was indeed a unique episode in history. It was a war with many facets, distinctive in nature, scope, spirit and totality. On one side was a large well-trained army and on the other was a virtually unarmed people led by an odd assortment of ill-armed soldiers and freedom fighters backed by the whole population in their just struggle. For them there was no alternative to win, making them fight desperately and lay down their lives willingly. As a soldier General Safiullah could not remain a silent spectator, thus took up arms to protect the defenseless people. Safiullah narrated very lucidly about the battles he fought as well as the ones in other areas. While recounting various events he preferred battlefield accounts to political picture, making the narration more interesting. The use of charts and diagrams has enriched the entire work and enabled the readers understand how the battles were fought. The courage, determination and tenacity with which the people fought crowned them with glorious victory.