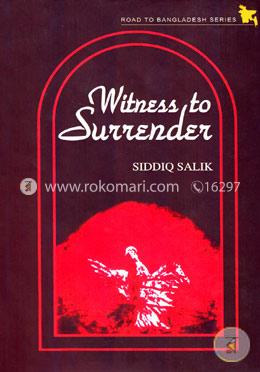 Some Write of Flap.
South Asia exploded in 1971. Throughout this fateful year Siddiq Salik was a Dhaka as a uniquely privileged observer and participant in the political and human drama which culminated in the Indo-Pakistan war and the creation of Bangladesh. During his two years as a prisoner of war, he was able to ponder and digest the facts and analyse the complex circumstances which underlay the high drama. He has produced and authoritative narrative, dispassionate in tone and firmly anchored in fact. After setting the scene with a comprehensive overview of the political turbulence of the period, he gives us the first detailed professional account of the was itself ever to be published. Born in remote village of Pakistan.