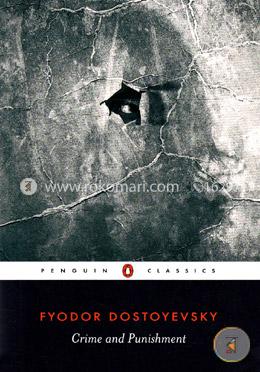 Summary Of The Book
Rodion Romanovich Raskolnikov, the protagonist of the novel is an ex-student living in Saint Petersburg who plans to murder and steal an old woman. The anti-hero is unscrupulous and lives in dire poverty refusing the help of those who offer it. He is sure no one will miss this old lady and intends to use the stolen money for a good purpose. What he doesn’t expect is the moral dilemma that occurs after his crime, the pain of guilt, and the inner sickness.

The novel offers a deep psychological insight into the emotional and mental consequences of murder. It is a psychological thriller that makes you stop and think about the nature of crime and criminals. As the novel progresses, Raskolnikov must face his own guilt, disappointment, and transformation.

If a murder is plotted and committed and benefits the society, is it just? Is it wrong to do bad things for the common good? What constitutes a fair punishment for such a crime?

Crime And Punishment is a classic Russian classic that delves deep into the human psyche. It was first published in the The Russian Messenger in 12 monthly installments during 1866. The book explores many themes such as evil for the greater good, expiation, and retribution.

About Fyodor Mikhailovich Dostoyevsky
Fyodor Dostoyevsky, one of the most prominent Russian novelist’s of the 19th century was also a short story writer and essayist.
Some of his most prominent works include The Idiot, The Possessed, The Adult, and The Brothers Karamazov.
Philosophical in style and theme Dostoyevsky's work focus on human emotions in relation to the social conditions. He is rightly called ‘the explorer of ideas’ for his deep insight into the human mind is thought-provoking.
His works are loved for his deep insight and for his power of deep emotions. His works give us a vivid picture of the political, social and spiritual situation of 19th-century Russia. His work consists of 15 novels, 17 short novels and 3 essays. His works are rare gems of Russian literature. Dostoyevsky's books have been translated into more than 170 languages and have sold around 15 million copies.

He was born in Russia (11 November 1821 -9 February 1881) Fyodor Mikhaylovich Dostoyevsky was a Russian writer, and philosopher. He is best remembered for Crime and Punishment and The Idiot. Dostoyevsky’s works explore the themes of human psychology in the context of the troubled political, social, and spiritual atmosphere of 19th century Russia and he has influenced generations of writers both in his homeland and abroad. The above title was adapted several times into films, most notably in 1958 by Richard Brooks, starring Yul Brynner, Richard Basehart, William Shatner and Albert Salmi.