Summary Of The Book
Identity And Violence: The Illusion Of Destiny mentions that the world today is considered to be exceedingly divided owing to the differences that people have in terms of religion, cultures, and civilizations. The author feels that these differences rule out the chances of people having a reasoned opinion. He also feels that people overlook the importance of other ways in which they can view things such as literature, language, morals, music, politics, class, gender, profession or science.
The author delves into the details pertaining to concepts such as multiculturalism, terrorism, fundamentalism and globalization. He also emphasizes the importance of having a proper understanding of what human freedom is all about. He stresses on having a constructive public voice in a global civil society. The author then goes on to say that, all of this can help the world move forward towards its goal of peace.

About Amartya Sen
The author of this book, Amartya Sen, is also a renowned economist, and philosopher from India.
Apart from this book, Sen has published several other books, and some of them include India: Development And Participation, Hunger And Public Action, Commodities And Capabilities, and On Ethics And Economics.
Sen was born on the 3rd of November 1933, in West Bengal, India. He completed his bachelor’s of arts degree from the University Of Calcutta, and obtained another bachelor’s, master’s, and doctoral degree from Trinity College, Cambridge. Through the course of his career, Sen has taught at some of the leading universities in the world, such as Massachusetts Institute Of Technology, and Oxford. He has also received the Bharat Ratna (1999), and Nobel Prize In Economics (1998). The New Statesman listed Sen among the “World’s 50 Most Influential People Who Matter”, in the year 2010. Sen currently holds the position of the Honorary Director of Center For Human And Economic Development Studies, at Peking University, China. 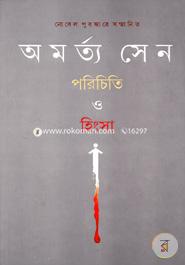