Bangladesh Emergency and the Aftermath 2007-2008 (Hardcover) 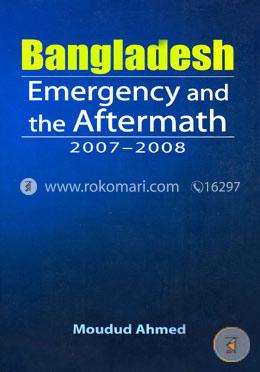 Bangladesh Emergency and the Aftermath 2007-2008 (Hardcover)

Elections in Bangladesh are invariably tainted by different forms of rigging. In 1991, the concept of a care-taker government was adopted by the parliament with the consent of all major political parties and they were mandated to help the Election Commission to conduct general election for a parliament within three months. However, the care-taker government formed for 2007-2008 elections suo moto extended its mandate by another 23 months in violation of the Constitution. The purpose of this study is to examine and analyse the tenure of the care-taker government that illegally existed in Bangladesh during 2007-08. It was a break in the democratic system-resulting in a uncommon regime — a combination of few individuals, civil and military, taking over the institutions in the country for the months before the general elections of 2008. This volume captures images of the important political incidents in Bangladesh during this period. The effect of the regime on the economy, judiciary, human rights situation has been discussed by the author, who was imprisoned during this period. The book deals with the event at the University of Dhaka that stalled the election process. It analyses the conspiracy theories and negotiations that were taking place in the charged political climate during the days leading to the elections in December 2008.