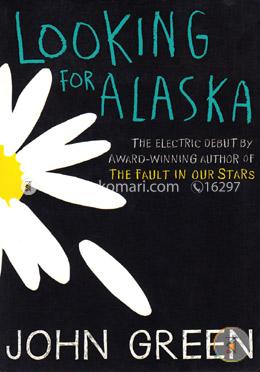 Summary Of The Book
Looking For Alaska, John Green’s debut novel was first published in 2005. Looking For Alaska follows the life of Miles Halter, as he leaves Florida to join boarding school in Alabama. He joins Culver Creek, the boarding school, later than usual, as he himself mentions that he is looking for a “Great Perhaps”.

Among his quirks include memorizing the last words of famous people and the “Great Perhaps” was that of Francois Rabelais. Miles receives the nickname Pudge in school, and though his was a figure that was nothing like the name entailed, it stuck.

His roommate and friend is Chip, who is the person who introduces him to Alaska Young, the Alaska mentioned in the title of the story. The adventures that they are involved in together cause him to fall in love with Alaska, and the entire book is written in first person. Most of the book is written as a countdown to a specific occurrence, which occurs in the rest of the book and it is easy to gather from the title, what this section would cover.

Though mostly mature and insightful, readers often get a peek into the sex addled mind of a sixteen year old school student, one who is forever counting the number of layers of clothing separating him from the bare body of the girl he is presently with.

Looking For Alaska won the 2006 Michael L. Printz Award from the American Library Association. It broke into the New York Times Bestseller list at number 10 in 2012, much after its debut in 2005. The film rights to the book have been sold to Paramount Pictures, though the project hasn’t been greenlighted yet due to lack of sufficient interest.

About John Green
John Green is an author.
His other books include Paper Towns, An Abundance of Katherines and Let it Snow: Three Holiday Romances.
John Green was born in 1977 in Indiana in the United States of America. He is a young adult fiction author and a YouTube video blogger. He studied in Indian Springs School, which he used as the primary setting for his novel, Looking For Alaska. John Green is married to Sarah Urist Green and they have two children together. He graduated from Kenyon College with a double major in Religious Studies and English. Green has authored other books in the same genre as well as a few short stories. He reached number one on the New York Times bestseller list with The Fault in Our Stars.

John Michael Green (born August 24, 1977) is an American author, vlogger, writer, producer, actor and editor. He won the 2006 Printz Award for his debut novel, Looking for Alaska, and his sixth novel, The Fault in Our Stars, debuted at number one on The New York Times Best Seller list in January 2012. The 2014 film adaptation opened at number one on the box office. In 2014, Green was included in Time magazine's list of The 100 Most Influential People in the World. Another film based on a Green novel, Paper Towns, was released on July 24, 2015. Aside from being a novelist, Green is also well known for his YouTube ventures. In 2007, he launched the VlogBrothers channel with his brother, Hank Green. Since then, John and Hank have launched events such as Project for Awesome and VidCon and created a total of 11 online series, including Crash Course, an educational channel teaching literature, history, and science, later joined by courses in economics, US government, astronomy, politics, and philosophy.