by Jerry I Porras 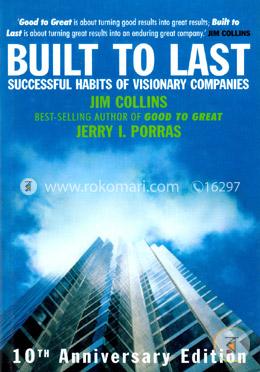 by Jerry I Porras

In Built to Last: Successful Habits of Visionary Companies, the authors, Collins and Porras, list out the results of a six-year long research undertaking, one that they conducted at the Stanford University Graduate School of Business. They took eighteen companies that they labelled ‘visionary’, and found out what sets them apart from the rest.

The term ‘visionary’ in this book means that the company was begun before 1950, has proved its merit in terms of commercial success, has a considerable trust value in the eyes of the general public and has outperformed its other peers and contemporaries. The authors highlight eighteen companies, all of which are a hundred years old on an average, and have been ahead of the stock market by at least fifteen per cent since 1926.

Built to Last: Successful Habits of Visionary Companies will tell readers how Procter