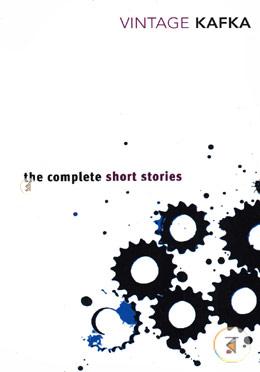 Kafka’s stories are known for their metaphorical symbolism and the unique way in which they darkly portray human life. In The Metamorphosis, a man is transformed into a large, monstrous insect-like creature. He tries to adjust to his newfound body and to the emotions of his family who despise the monstrosity that he has become. Kafka’s writing is unique, as he favours delivering an impact with each sentence. He often writes of illogical and perhaps bizarre occurrences around us, portraying them in a surreal view which showed how characters in stories and real life are so similar. His characters often have no clear course of action and are constantly thrown into realistic yet unexplainable situations. Blending both the metaphysical and the absurd, Kafka has become one of the greatest literary juggernauts of his time. This collection presents all of his short stories, and thus is exhaustive with respect to everything Kafka wrote, except for his novels.
About Franz Kafka
Franz Kafka was a German-language writer. Born in Prague, Kafka studied to become a lawyer and wrote stories in his spare time.

Kafka is also known for writing The Trial, Amerika and The Castle.

The Metamorphosis has been adapted into several films, most recently in 2013 starring Maureen Lipman, Robert Pugh, and Alistair Petriei and directed by Chris Swanton.

Franz Kafka (3 July 1883 – 3 June 1924) was a German-language novelist and short story writer, widely regarded as one of the major figures of 20th-century literature. His work, which fuses elements of realism and the fantastic, typically features isolated protagonists faced by bizarre or surrealistic predicaments and incomprehensible social-bureaucratic powers, and has been interpreted as exploring themes of alienation, existential anxiety, guilt, and absurdity. His best known works include "Die Verwandlung" ("The Metamorphosis"), Der Process (The Trial), and Das Schloss (The Castle). The term Kafkaesque has entered the English language to describe situations like those in his writing. Kafka was born into a middle-class, German-speaking Jewish family in Prague, the capital of the Kingdom of Bohemia, then part of the Austro-Hungarian Empire. He trained as a lawyer, and after completing his legal education he was employed with an insurance company, forcing him to relegate writing to his spare time. Over the course of his life, Kafka wrote hundreds of letters to family and close friends, including his father, with whom he had a strained and formal relationship. He became engaged to several women but never married. He died in 1924 at the age of 40 from tuberculosis.