Summary of the Book
The Ramayana is a powerful tale of love, courage and righteousness. Rama’s character has been extolled by poets and writers throughout history, his dutifulness towards his father, his sense of Dharma and his love for his wife, Sita, are some of his strongest traits. In this modern retelling, Ramesh Menon digs through the various versions of the Ramayana, telling a tale that is as old as history itself. Rama, the Crown Prince of Ayodhya, is deprived of his rightful place as King by his stepmother Kaikeyi. Kaikeyi hopes to install her own son, Bharata, as King, in Rama’s absence. Rama goes to the forests, followed by his newly wedded wife, Sita, and his brother, Lakshman. Together, Rama and Lakshman must face insurmountable odds and ultimately encounter the demon lord Ravana who steals away the beautiful Sita to be his own. Rama is followed by an army of monkeys, the mighty Vanaras, led by their stalwart warrior, Hanuman. In facing Ravana, Rama will fulfil his destiny as one of the Avatars of Narayana, the Protector who is also called Vishnu.

About Ramesh Menon
Ramesh Menon is an Indian writer, journalist and film maker. He is also known for Siva, Bhagavata Purana and Devi Bhagavatam. 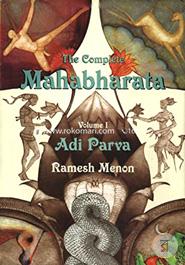