From The Ruins of Empire (Paperback) 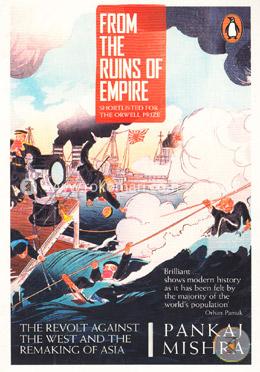 From The Ruins of Empire (Paperback)

The Revolt Against the West and the Remaking of Asia

Summary of the book
While the West opined that revival of the Asian and other eastern countries from the British rule would be an arduous course, a ceaseless upsurge of intellect, liberalism and struggle for freedom amongst the ruled populations soared. Different countries lost differently to the Imperial decree of supremacy, including the mighty fall of the Mughals, the Ottomans, the rulers in Beijing and the enormous China. This has led to the formation of independent countries governing themselves and rising, proving the ruin that was prophesied wrong. The book, hence, provides a deep insight of this eon of History.

About Pankaj Mishra
Pankaj Mishra is an award winning Indian born writer, historian and novelist who is and has been widely-read. He writes for The New York Times, Guardian and London Review of Books and has also written Butter Chicken in Ludhiana, The Romantics, and An End to Suffering and Temptations of the West.

Age of Anger: A History of the Present