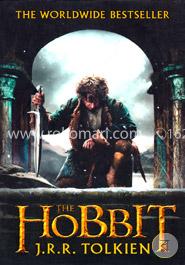 বইটি আপনি কেন পড়বেন?দেখে নিন বিশ্বের সেরা সাইট আমাজন.কম
এর কিছু তথ্য-
রিভিউ সংখ্যা – ১৮,৭৫৯
এভারেজ রেটিং – ৪.৭
কিশোর ক্লাসিক ক্যাটেগরির ২০০তম বেস্টসেলার বই
আমাজন.কম লিংক https://goo.gl/Fk3Jnz
Summary Of The Book
The Hobbit is a fantasy novel that begins with introducing the readers to Gandalf, who is successful in tricking Bilbo into having a party. This party is intended for Thorin, and his gang of dwarves. This merry group of beings then begins to sing of gaining victory over the famed Lonely Mountain, its treasure, which is currently in the control of a dragon named Smaug. As the music slowly starts to fade, we come to know of a mysterious map, possessed by Gandalf, which can help them gain access into the Lonely Mountain.
Gandalf then suggests that Bilbo be made to carry out this expedition, and after a while Bilbo is persuaded to do so. What follows is their encounter with trolls who seek to devour them. Gandalf is however, successful in saving the dwarves from doom. Bilbo then finds himself separated from the rest of the dwarves. As he fumbles around in that territory, he comes across a ring that seems rather mysterious, and this leads to the occurrence of various other events that keep the readers glued to the end.
This novel has been greatly appreciated by its readers, being labeled as the most important book of the 20th century by the Children’s Books Of The Century poll, published in Books For Keeps. Although the exact number is not known, there have been 35-100 million copies of The Hobbit sold, till date, since it’s publishing in the year 1937. The Hobbit has also been adapted into a movie, whose first part, The Hobbit: An Unexpected Journey released in the United States on the 14th of December 2012. This movie was directed by Peter Jackson, and the second, and third parts are scheduled to release in 2013, and 2014.
About J. R. R. Tolkien
J. R. R. Tolkien was a renowned poet, professor, author, and philologist.
Apart from this book, Tolkien had written a number of other books, and some of them include The Lord Of The Rings: The Fellowship Of The Ring , The Road Goes Ever On , The Lay Of Aotrou And Itroun, and The Adventures Of Tom Bombadi .
Tolkien was born on the 3rd of January, 1892, in Bloemfontein, Orange Free State. He completed his schooling from King Edward’s School, Birmingham, and finished his degree from Exeter College, Oxford, studying English Language, and Literature, graduating with a first-class honours. In the year 1920, Tolkien was taken on as a Reader at the University Of Leeds, being the youngest professor among the faculty. He also worked at Pembroke College, Oxford, holding the position of the Rawlinson And Bosworth Professor Of Anglo-Saxon. In the year 2008, he was listed among the “The 50 Greatest British Writers Since 1945”, by The Times. Tolkien passed away on the 2nd of September, 1973, in Bournemouth, England.