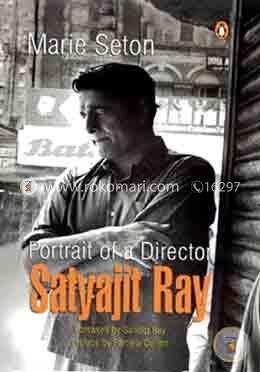 Summary of the Book
Portrait of a Director: Satyajit Ray traces the life and work of Satyajit Ray and his exceptional work as a filmmaker and director. Satyajit Ray gained international recognition as a master of the medium and he continues to be regarded as one of the world’s most talented directors. Pather Panchali was his first film which projected him into the forefront of young directors from around the world. The Cannes Film Festival honored it as the best human document of the year. With several other amazing films like Aparajito, Jalsaghar, Charulata, Nayak, Aranyer Din Ratri, Shatranj Ke Khilari, Ghare Baire and Agantuk, Satyajit Ray became the undisputed master director of contemporary cinema. The book includes all of the director’s achievements from his 1992 Oscar for Lifetime Achievement by the Academy of Motion Pictures Arts and Science to the Bharat Ratna in the same year. Ray learnt a lot from his family which had interesting literary, artistic and musical inclination. This book was first published in 1971 and was last updated in 1978. This new and revised edition includes unpublished pieces from the author’s further writings on Satyajit Ray. Portrait of a Director will be instrumental in re-introducing the genius of Ray to a whole new generation of readers and film enthusiasts.

About Marie Seton
Marie Seton was an actress and art and theater critic. She is best-known for her biographies of Sergei Eisenstein, Paul Robeson, Jawaharlal Nehru, and Satyajit Ray. She lived in India in the 1960s and 1970s and was actively involved in the film society movement. She was honored with the Padma Bhushan civilian award in 1984.

Marie Seton was a renowned film and theater critic from UK, who played a significant role in promoting Film Society Movement in India. She was also known as an actress. She made her first visit in 1955-56 associated with her art work in UK and developed an attraction to India. Virtually became a citizen of India, she travelled length and breadth across the country. She also authored a stunning biography of Satyajit Ray titled - Portrait of a Director: Satyajit Ray in 1971. Indian government honored Seton with the Padma Bhusan award in 1984. A columnist she contributed to Sight and Sound and other publications. She was invited to India by Jawaharlal Nehru to contribute to the development of University Film Society and the Children's Film Society in India. Maria Seton was born in 20 March 1910 in UK. As it was British rule in India, many of her close relatives were working and staying in India then. Her father, Captain Seton served in the British Army and was deputed in India. After the death of her father, her mother remarried. A regular contributer for newspapers and other artistic work, she married Donald Hesson, a Chicago lawyer and author. She visited India for the first time in 1955 after receiving an invitation from the Audio Visual Department of the Ministry of Education, Government of India. She was invited by then Prime Minister Jawaharlal Nehru, following India's first International Film Festival in 1952, when there rose a need for the development of cinema in India. She got attracted to India and later stayed here giving significant contributions to Indian cinema and art. She closely worked with Professor Satish Bahadur and PK Nair in initiating and conducting the film appreciation classes of FTII. Seton lived in India in the 1960s and 1970s. In 1956 she submitted her report on how to launch the national adult literacy campaign, based on her findings. She was a close friend of Indira Gandhi. She worked closely with Vijaya Mulay and Chidananda Dasgupta for the formation of Federation of Film Societies of India. "Eisenstein's Images and Mexican Art", "Journey through India" and "A Conversation with V. I. Pudovkin" are the major articles authored by her. She passed away in 1985.