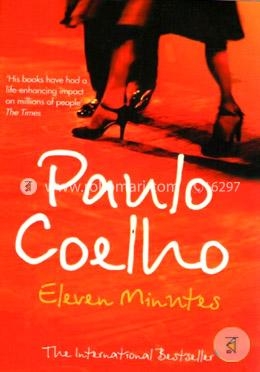 Summary Of The Book
Eleven Minutes is the story of Maria, a young girl from a small village in Brazil. She is disillusioned by her failures in love. She moves to Geneva, Switzerland, aspiring to live the life of her dreams - a life filled with fame and fortune. Her dreams are shattered when she is introduced to the harsh realities of life.

One day, a chance encounter with an Arab man earns her a thousand francs for one night. Lured by the prospect of easy money, she ends up becoming a prostitute in a brothel in Geneva’s red-light district. Once there, she quickly learns the ropes and becomes quite successful, not to mention the envy of her colleagues. She shuts the door on love and only has time for the demands made by her body.

Her life is thrown into disarray when she meets a young Swiss painter named Ralf. She falls in love with Ralf, who is completely different from her. Her carnal feelings for Ralf and her true love for him vie for supremacy. She finally decides to move away from Geneva because she sees no future for them. But just before she leaves, she discovers the beautiful blend of sex and true love with Ralf.

Maria’s journey begins with disillusionment. It brings about her sexual awakening and eventually, almost brings her to the point of self-destruction. She sinks to the depths of despair before her phoenix-like rise to self-discovery and the heights of love.

Maria’s story explores the concepts of sex, prostitution, sadomasochism, and true love.
Eleven Minutes was published in 2003. It was originally written in Portuguese, and has been translated into several languages since then.

About Paulo Coelho
Paulo Coelho is a Brazilian novelist and lyricist.
His books include The Alchemist, The Pilgrimage, The Greatest Gift, Brida, The Witch Of Portobello, Eleven Minutes, The Zahir, Veronica Decides To Die, The Fifth Mountain, Love Letters From A Prophet, Aleph, and The Winner Stands Alone.

His writing draws heavily from the experiences of his life. His books have sold over a 100 million copies across 150 countries and have been translated into 71 languages. Several of them have been adapted for other media. He encourages readers to share his books over peer-to-peer file sharing networks. He is also the bestselling Portuguese author of all time.

Coelho was born in 1947 in Rio de Janeiro, Brazil. He was committed to a mental institution for refusing to follow a traditional path. He enrolled in law school at the behest of his parents only to drop out a year later and become a hippie. He has worked as a songwriter, journalist, actor, and director. He was once arrested as his lyrics were viewed as dangerous and left-wing by the military government in power. In 1986, a journey of over 500 miles on foot along the Road of Santiago de Compostela in northwestern Spain turned his life around. He eventually gave up his songwriting career to start writing full-time. He was named a Messenger of Peace to the UN in 2007. Coelho has established an organization that helps children and elderly people with financial difficulties. He is married to Cristina Oiticica. The couple spends their time either in Rio de Janeiro, Brazil, or in Europe.