The Catcher in the Rye (Paperback) 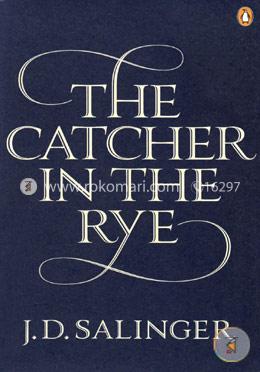 The Catcher in the Rye (Paperback)

Summary Of The Book
Holden Caulfield is the protagonist of The Catcher In The Rye. He is portrayed by Salinger as a boy who is lazy and uncertain about his future. The story begins at Pencey Preparatory school, at which Holden is a student. In this first-person narrative, Holden describes life at this preparatory school as phoney, artificial, and dreary. After receiving yet another set of inadequate grades, he is expelled from the school. In an effort to 'find himself', Holden decides to head to New York City, where he heads underground. He narrates his adventures there in a 3-day flashback, which forms the basis of Salinger’s story.

In New York City, Holden encounters a variety of experiences and adventures which bring him along on his path to self discovery. For instance, he encounters three women in their thirties, who dance and flirt with him. After observing what he assumes is a sex scene through a hotel window, Holden decides to invite a prostitute to his room. Adding to his 'adventures' are experiences with nuns, wayward taxi drivers, alcohol, and drugs. As Holden sinks deeper and deeper into this debaucherous lifestyle, a chance meeting with his sister Phoebe supplies Holden with just enough affection to yank him out of his 'madness'.

The frequent use of profanity and colloquialism by Salinger adds an element of realism to the characters, and is indicative of 'teenage behaviour'. The book promises to be an inspirational read for teenagers and adults alike who are facing or have faced similar mountains.

The Catcher In The Rye was originally published in 1951. It has been chosen as the best novel of the 20th century by The New York Times. Even though it was initially met with much hesitation by many concerned parents, it still managed to sell over two and a half million copies worldwide. Time magazine listed the book as one of the "100 Best English Novels Written".

About J. D. Salinger
Jerome David Salinger was a celebrated American writer, who hailed from New York City. He authored other books such as Nine Stories, Franny And Zooey, and Go See Eddie. Salinger completed his education at Valley Forge Military Academy. He also completed a writing course at Columbia University. During the Second World War, Salinger worked for the counterintelligence division, where his role was to interrogate POWs. After the war, Salinger continued to publish his stories in various magazines and newspapers. The Catcher In The Rye was Salinger’s first published novel. In his personal life, Salinger was somewhat of a recluse. He had married three times and fathered two children. He was also an avid practitioner of Zen Buddhism and he later began practising Vedantic Yoga. Salinger passed away in 2010, of natural causes.