Globalization and its Discontent (Paperback) 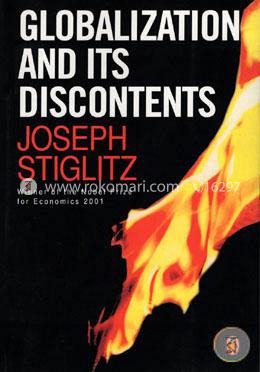 Globalization and its Discontent (Paperback)

Summary Of The Book
Globalization has been viewed as a perfect solution for the problems of many weak and nascent economies. A globally integrated economy that allowed the free flow of capital across borders was supposed to benefit the countries that opened up their markets.

That idea has not really worked out well in many places. There is an increasing number of voices protesting against globalization policies. This book, Globalization And Its Discontents analyses the reasons for this rising opposition.

The book does not explicitly take an anti globalization stand. It just inquires into the failures of the idea in certain regions of the world. It examines the factors that contributed towards this failure. The author mainly focuses on the policies of international organizations like the IMF and the World Bank. He says that the global organizations employed a one solution fits all policy. They did not take into account the unique problems and needs of each country that they tried to help. They simply worked on the belief that a free market was the cure to all economic ills.

The author takes up the cases of South Asia and Russia to illustrate his points. He says institutions like the IMF encouraged free flow of capital even in regions without a strongly regulated financial sector. This left the field open for speculative short term investors. These investors panicked and pulled out at the slightest signs of an economic crisis. This destabilized the already weak economies of many developing countries, and whole nations went bankrupt.

The loans from IMF imposed strict conditions on the borrowing countries. These included asking the countries to cut their expenditure on public spending like food subsidies. When economies collapsed and many people lost their jobs, they did not even have a social safety net to fall back on. This led to social and political unrest in countries like Indonesia and Russia. So, the institutions that were supposed to help these countries strengthen their economies instead worsened the crisis, says the author. Globalization And Its Discontents says globalization as such is not a bad idea. It brings in global funding into poor economies and opens up new opportunities and new markets.

What is needed, says the author, are reforms in the functioning of institutions like the IMF. He says that there is need for increased transparency and accountability in these organizations.

About Joseph Stiglitz
Joseph Stiglitz is an economist and a professor.
His other books include Making Globalization Work, Towards a New Paradigm In Monetary Economics, The Roaring Nineties, Freefall: America, Free Markets, And The Sinking of the World Economy, and Stability With Growth: Macroeconomics, Liberalization And Development.

Joseph Stiglitz was born in Indiana in 1943. He graduated from Amherst College and pursued his doctorate at MIT. He headed the Council of Economic Advisers during the Clinton Administration. He is also a former Chief Economist at the World Bank. He is also a Professor at Columbia University. He has been the recipient of many awards and honors like the Legion of Honor from the French Government.

The price of inequality

Towards A New Paradigm In Monetary Economics

The Euro: How a Common Currency Threatens the Future of Europe