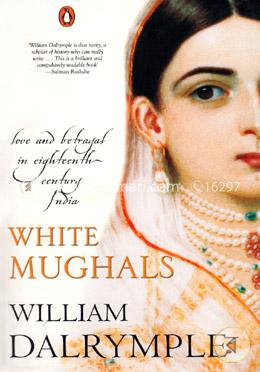 Summary Of The Book
White Mughals: Love And Betrayal In Eighteenth-Century India is a tale with many levels, featuring Captain James Achilles Kirkpatrick as the protagonist. On one level, the book details the tragic romance between Kirkpatrick and Khair-un-Nissa, a Muslim noblewoman. On a different level, the story sheds light on the social, military, political, and trade aspects of 18th and 19th century India.

Captain Kirkpatrick is an ambitious soldier in the East India Company. When his eyes settle upon the beautiful Khair, the Nizam’s great-niece, the course of his life takes a new direction. Kirkpatrick soon learns that he must overcome many obstacles in order to marry Khair. Firstly, she is locked in purdah and engaged to be married to a nobleman. Secondly, as a Resident, Kirkpatrick is obligated to convert to Islam, which he hopes will make it easier for him to marry Khair. Kirkpatrick also ends up working as a double-agent, while working for the East India Company, he is actually supporting the Hyderabadis.

Apart from this love story, Dalrymple, also presents a side of history which is virtually unexplored by historians. Through memorable characters such as Hindoo Stuart and Sir David Ochterlony, the author draws readers’ attention to the concept of “white Mughals”. These are people of British descent who had adopted Indian customs, traditions, but who were also a source of embarrassment for colonial administrations. After conducting over five years of research, the author portrays a fascinating portrait about social etiquette, sexual and dismissive attitudes, and the growing racist treatment by the ruling British class towards the offspring of mixed race couples.

White Mughals: Love And Betrayal In Eighteenth-Century India won the 2003 Scottish Book Of the Year. In 2011, Dalrymple announced that British actor Ralph Fiennes would act and direct the movie-version of book.

About William Dalrymple
William Dalrymple is a notable author, historian, curator, broadcaster, and critic of British descent.
He has written other memorable titles such as The Last Mughal, The Fall of a Dynasty, City Of Djinns: A Year In Delhi, and Nine Lives: In Search Of The Sacred In Modern India.
Dalrymple is a history scholar. He completed his studies at Ampleforth College and at Trinity College, in Cambridge. He is a history buff, particularly on the subject of India, Pakistan, Hinduism, Buddhism, and Eastern Christianity. Dalrymple contributes regularly to The New York Review Of Books and The Guardian. He is a Fellow of the Royal Society of Literature. Dalrymple has received Honorary Doctorates from the University of Aberdeen. Dalrymple is married to Olivia Fraser and together, they have three children. They divide their time between New Delhi, Edinburgh, and London.

William Dalrymple FRSL FRGS FRSE (born William Hamilton-Dalrymple on 20 March 1965) is a Scottish historian and writer, art historian and curator, as well as an award-winning broadcaster and critic. His books have won numerous awards and prizes, including the Duff Cooper Memorial Prize, the Thomas Cook Travel Book Award, the Sunday Times Young British Writer of the Year Award, the Hemingway, the Kapuściński and the Wolfson Prizes. He has been four times longlisted and once shortlisted for the Samuel Johnson Prize for non-fiction. He is also one of the co-founders and co-directors of the annual Jaipur Literature Festival. The television series Stones of the Raj and Indian Journeys, which Dalrymple wrote and presented, won him the Grierson Award for Best Documentary Series at BAFTA in 2002. In 2012 Dalrymple was appointed a Whitney J. Oates Visiting Fellow in the Humanities by Princeton University. In the Spring of 2015 he was appointed the OP Jindal Distinguished Lecturer at Brown University. In 2018 he was awarded the President's Medal of the British Academy.

The last Mughal : The Fall of a dynasty delhi 1857 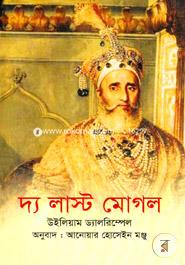