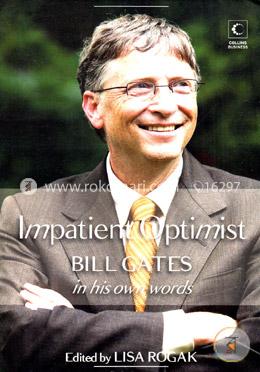 Summary Of The Book
Bill Gates is a renowned and inspirational name in the world of business. Some call him a ruthless billionaire and others a benevolent philanthropist. Bill Gates is popularly known as the ingenious visionary who made a powerful and ineffaceable impact on the development of digital technology in the last 30 years. Lisa Rogak’s Impatient Optimist: Bill Gates In His Own Words presents an in-depth look at the real Bill Gates.

Bill Gates became the youngest ever self-made billionaire at the age of 31 in 1987. Today he is known as the former CEO and founder of Microsoft. He has been revered as a business icon for over three decades. Although some of his critics call him tyrannical, he is the one who led one of the biggest revolutions in history by understanding the role software would play in the digital age.

Bill Gates retired from Microsoft in 2008, though he is still the non-executive chairman, and took up working full-time at the Bill

Surely You're Joking, Mr. Feynman!: Adventures of a Curious Character

Showing Up for Life: Thoughts on the Gifts of a Lifetime 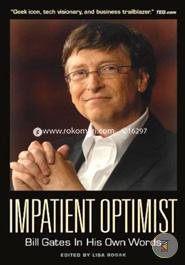 Impatient Optimist: Bill Gates in His Own Words