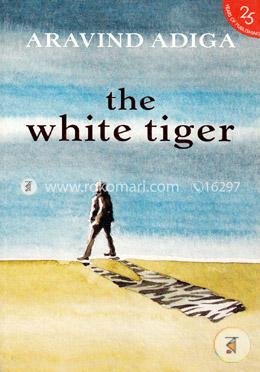 'The White Tiger' Summary of the book
Balram Halwai narrates his life in a letter, written in seven consecutive nights and addressed to the Chinese Premier, Wen Jiabao. In his letter, Balram explains how he, the son of a puller, escaped a life of servitude to become a successful businessman, describing himself as an entrepreneur.
Balram was born in the rural village of Laxmangarh, where he lived with his grandmother, parents, brother and extended family. He is a smart child but is forced to leave school in order to help pay for his cousin's dowry and begins to work in a teashop with his brother in Dhanbad. While working there he begins to learn about India's government and economy from the customers' conversations. Balram describes himself as a bad servant but a good listener and decides to become a driver.
After learning how to drive, Balram finds a job driving Ashok, the son of one of Laxmangarh's landlords. He takes over the job of the main driver, from a small car to a heavy-luxury described Honda City. He stops sending money back to his family and disrespects his grandmother during a trip back to his village. Balram moves to New Delhi with Ashok and his wife Pinky Madam. Throughout their time in Delhi, Balram is exposed to extensive corruption, especially in the government. In Delhi, the contrast between the poor and the wealthy is made even more evident by their proximity to one another.
One night Pinky Madam takes the wheel from Balram, while drunk, hits something in the road and drives away; we are left to assume that she has killed a child. Ashok's family puts pressure on Balram to confess that he had been driving alone. Ashok becomes increasingly involved in bribing government officials for the benefit of the family coal business. Balram then decides that killing Ashok will be the only way to escape India's Rooster Coop. After bludgeoning Ashok with a bottle and stealing a large bribe, Balram moves to Bangalore, where he bribes the police in order to help start his own taxi business. Ashok too is portrayed to be trapped in the metaphorical Rooster Coop: his family controls what he does and society dictates how he acts. Just like Ashok, Balram pays off a family whose son one of his taxi drivers hit and killed. Balram explains that his own family was almost certainly killed by Ashok's relatives as retribution for his murder. At the end of the novel, Balram rationalizes his actions and considers that his freedom is worth the lives of his family and of Ashok. And thus ends the letter to Jiabao, letting the reader think of the dark humour of the tale, as well as the idea of life as a trap introduced by the writer.(wiki)

Aravind Adiga (born 23 October 1974) is an Indo-Australian writer and journalist. His debut novel, The White Tiger, won the 2008 Man Booker Prize. Aravind Adiga was born in Madras (now Chennai) on 23 October 1974 to Dr. K. Madhava Adiga and Usha Adiga, both of whom hailed from Mangalore. His paternal grandfather was the late K. Suryanarayana Adiga, former chairman of Karnataka Bank, and a maternal great-grandfather, U. Rama Rao, a popular medical practitioner and Congress politician from Madras. Adiga grew up in Mangalore and studied at Canara High School, then at St. Aloysius College, where he completed his SSLC in 1990 and secured the first place in his state in SSLC (his elder brother, Anand, had placed second in SSLC and first in PUC in the state). After emigrating to Sydney, Australia, with his family, Aravind studied at James Ruse Agricultural High School. He later studied English literature at Columbia College of Columbia University, in New York city, under Simon Schama and was graduated as salutatorian in 1997. He also studied at Magdalen College, Oxford, where one of his tutors was Hermione Lee. 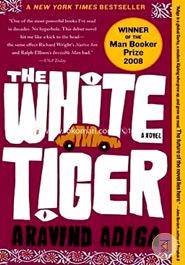 The White Tiger: A Novel

The Last Man in Tower