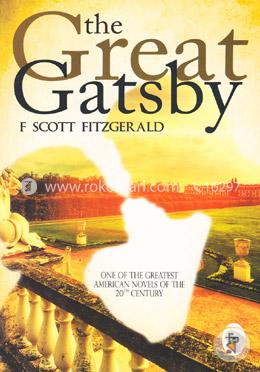 One of the Greatest American Novels of the 20th Century

'The Great Gatsby' Summary of the book
Written by F. Scott Fitzgerald and published in 1925, The Great Gatsby is set during the Roaring Twenties, in 1922 and tells the story of one man's pursuit of the American Dream. The narrator, Nick Carraway, is an upper class American man who moves from the West to New York to try his luck as a bond trader. He meets an eccentric, exceptionally wealthy neighbor named Jay Gatsby, and becomes embroiled in Gatsby's plan to rekindle a lost love with a woman named Daisy Buchanan, who happens to be Nick's cousin.
The protagonist, Jay Gatsby, is involved in illegal activities, including bootlegging, or selling liquor during prohibition, when liquor sales are illegal in the United States. He throws lavish parties and eventually meets and begins an affair with his beloved Daisy. Daisy's husband, Tom, is carrying on an affair with a garage owner's wife; a woman named Myrtle Wilson. Driving home from New York, Daisy strikes and kills Myrtle while driving Gatsby's car. She is unaware that she has killed her husband's mistress and leaves the scene of the crime. Myrtle's husband is despondent and tries to find his wife's killer. Daisy's husband, Tom, directs him to Gatsby's house, where he shoots and kills Gatsby, and then himself, thus resolving Daisy's affair. (softschools.com)