Windmills of the Gods (Paperback) 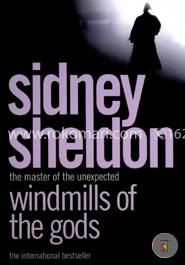 Windmills of the Gods (Paperback)

Some line of the book of 'Windmills of the Gods''
Washington, D.C.
Stanton Rogers was destined to be President of the United States. He was a charismatic politician, highly visible to an approving public, and backed by powerful friends. Unfortunately for Rogers, his libido got in the way of his career. Or, as the Washington mavens put it: 'Old Stanton fucked himself out of the Presidency.'
It was not that Stanton Rogers fancied himself a Casanova. On the contrary, until that one fatal bedroom escapade, he had been a model husband. He was handsome, wealthy, and on his way to one of the most important positions in the world, and although he had had ample opportunity to cheat on his wife, he had never given another woman a thought.