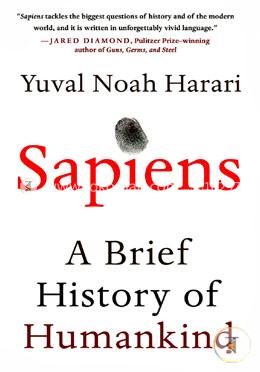 Harari surveys the history of humankind from the evolution of archaic human species in the Stone Age up to the twenty-first century, focusing on Homo sapiens. He divides the history of Sapiens into four major parts:

The Cognitive Revolution (c. 70,000 BC, when Sapiens evolved imagination).
The Agricultural Revolution (c. 10,000 BC, the development of agriculture).
The unification of humankind (the gradual consolidation of human political organisations towards one global empire).
The Scientific Revolution (c. 1500 AD, the emergence of objective science).
Harari's main argument is that Sapiens came to dominate the world because it is the only animal that can cooperate flexibly in large numbers. He argues that prehistoric Sapiens were a key cause of the extinction of other human species such as the Neanderthals, along with numerous other megafauna. He further argues that the ability of Sapiens to cooperate in large numbers arises from its unique capacity to believe in things existing purely in the imagination, such as gods, nations, money, and human rights. Harari claims that all large-scale human cooperation systems – including religions, political structures, trade networks, and legal institutions – owe their emergence to Sapiens' distinctive cognitive capacity for fiction.[5] Accordingly, Harari regards money as a system of mutual trust and sees political and economic systems as more or less identical with religions. 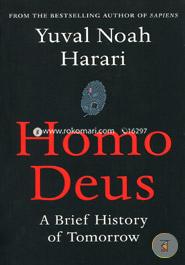